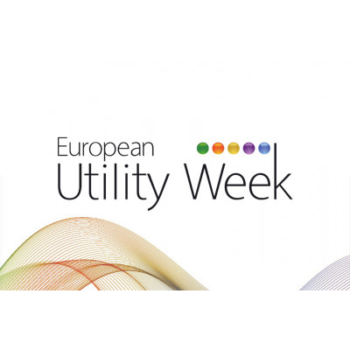 European Utility Week 2017, offered quite a show case and demonstration of the energy growing associated with transformation in the utility sector.   This brief note shares some personal insights around some specific observations and also some high level generic themes.   It also teases some of the magic dust needed to pace up aspects of implementation around smart grids.

First of all I was honoured to be asked to speak at a focused session organised by Think Smartgrids on the topic of business case assessment relative to smart grids.   This was a very well represented event with a range of international organisations and utilities present.   On the topic of Smart Grid business case discussion different observations were shared from three contributors, as below

The French Company, RTE – shared detail on their business case assessment for smart grids as an energy solution.    This was a detailed presentation on a significant piece of work undertaken by Rte which ultimately confirms there is a strong case for smart grids to be realised.   Interestingly the document elaborates a number of significant points, some of which are listed below;

This big picture thinking is critical if nations are to be positively driven to achieve smart energy systems solutions.   Individual disaggregated companies operating in segments of the sector will apply their own business case analysis tools, however, the broad environment needs to be set at a political and regulatory level for cross segment transformational action to take place with incumbent players and to create the platform for new providers.   Many could argue that this has to date occurred successfully within segments – the growth in renewable DG being the key output – to derive the next level of benefit will require cross segment linked benefits to be considered.

Secondly input to this focussed session was shared by Swedish Smartgrid.   Significantly this organisation is established by the Swedish Government.   It was shared very clearly that the visioning of Smartgrids in Sweden is again very much believed to be realised through whole system considerations as distinct from individual energy system segments.   The reinforcement of this whole system approach to business case understanding at a national level and the active governmental leadership in recognising this and reacting to it cannot be overstated.

This segment of input also highlighted phraseology which was regularly being shared throughout European Utility Week.   Buzzwords such as “prosumer” and the “digitalisation” of energy were being commonly used.   In a Swedish setting the activity of actors such as Google and Ikea in a traditional utility space suggested that the buzzwords may be closer to becoming reality than the hype may suggest.

My input to this business case session took a slightly different approach, although I amplified exactly the point that a whole system business case approach was needed to consider the benefits of a transition to the smart grid environment.   In this regard it was easy to reference the work of Imperial College London and the Carbon Trust of 2016 indicating the benefits of a whole system approach over traditional methods.    So in short I could have argued the job was done – the French, the Swedes and the Brits agree in each of our individual country energy system constructs smart grids make economic value add sense.

However, this is only the beginning.   To make these business cases come alive, leadership is the significant ingredient to drive an implementation transition.   In my own observations I see the business case argument at a segment level or at a technology level being used too frequently to stifle transformation and change.   It is too easy for inaction to be progressed rather than deliberate change.    I provoked, for the transformation journey to progress, an injection of leadership from policy makers and regulators to stimulate more liberated environments could allow innovators and existing industry actors to better collaborate and create the digitised and prosumer worlds of the future.   Without this policy and regulatory leadership, an inefficient transition is likely.   Moreover winners and early adopters will emerge in other parts of the world.   To be clear I am not arguing for anarchy in energy markets, but more of a lead from policy makers and regulators to stimulate market environments which can enable customer pull technology solutions.  The next 5- 10 years will be hugely significant in terms of the transformation pace, the birth of new entrants and the survival of existing players.   There has never been a more exciting time to be part of the energy sector.