You are here: Home > News & Media > PNDC to undertake testing and validation of redT’s Vanadium Redox Flow Battery ahead of Gigha deployment 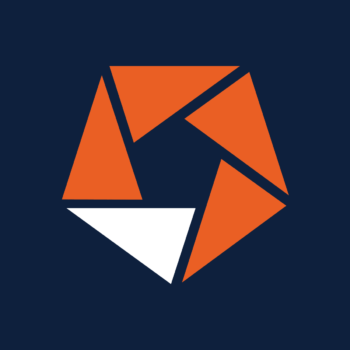 The Power Networks Demonstration Centre (PNDC) recently received delivery of redT’s large modular energy storage units ahead of a rigorous testing regime focused on data analysis and benchmarking. The systems will also be examined from a customer integration perspective in order to further widen the existing range of suitable applications for large scale, industrial energy storage.

Following completion of the testing programme at PNDC, the units will be transported to the Scottish Isle of Gigha, where they will be coupled with the island’s 1MW wind farm in order to alleviate existing constraints on wind generation capacity. The project itself will eventually comprise 1.68MWh of storage in the form of seven modular 15kW-240kWh units. redT’s Vanadium Redox Flow Battery (VRFB) technology was selected for this remote location, which has limited grid connection, due to their ability to balance variable generation from renewable sources and their cost effective time-shifting of excess generation. Once installed, redT’s energy storage system will meet the need for efficient distributed storage, combined with the ability to response to demand, dispatching energy when required to the Isle’s inhabitants.

“It is fascinating to see such innovative, transformational products being put through their paces at our facility. There is evolutionary change happening in distribution networks and our own infrastructure USP is playing a huge enabling role.” – David Rutherford, CEO of PNDC.

This is the first VRFB system to be validated at PNDC and the 2nd flow battery technology to be tested in recent months. The UK has around 30 operational energy storage installations, many of which are demonstration projects, with only a handful of operational projects larger than 1MWh in size. Of these, the majority are Lithium-ion based, whilst redT’s is Vanadium-based, redox flow battery technology. This chemistry provides superior cycle life with 100% usable depth of discharge, making the system ideas for a broad range of applications including but not limited to; renewables, island generation and grid services.

PNDC was chosen to validate the system as it is home to a fully operational 11kV distribution network and low-voltage infrastructure. The site is an innovative development and demonstration facility founded by the University of Strathclyde, Scottish Enterprise, Scottish Funding Council and founding members, Scottish Power Energy Networks and Scottish Southern Energy Distribution. The centre brings together academics, engineers and technologists to define and execute research, development and demonstration project that will help shape the electricity industry of the future.

“We are very pleased to be working alongside PNDC in what is a milestone project for the energy storage market” comments Scott McGregor, CEO, redT energy. “This is the first time a contract manufactured, large scale, Vanadium Redox Flow Battery has been delivered to a project, and we believe that PNDC’s world class facilities and expertise are key to further development in this sector.”

To find out more about redT energy storage or to register your interest in purchasing a unit, visit www.redtenergy.com