The proliferation of DERs in the present and future power grids introduces increased complexity to the network and the need for power quality and fault monitoring equipment in additional parts of the electricity grid. Traditionally this equipment is installed in HV and LV, this project represents one of the novel attempts to connect and measure directly on the MV distribution grid.

Soraytec Smart Meter is currently being prepared for the commercial phase, highlighting the need for testing of several key R&D related milestones and its calibration to be accepted as per IEC standards.

Test and validate the accuracy of the smart meter measurement

Test and validate the developed analytics features enabling DER deployment and grid optimisation and the compatibility with existing solutions for distribution network estimations.

The test and validation have been performed and achieved using the ERIGrid Research Infrastructure that the University of Strathclyde and PNDC is part of. 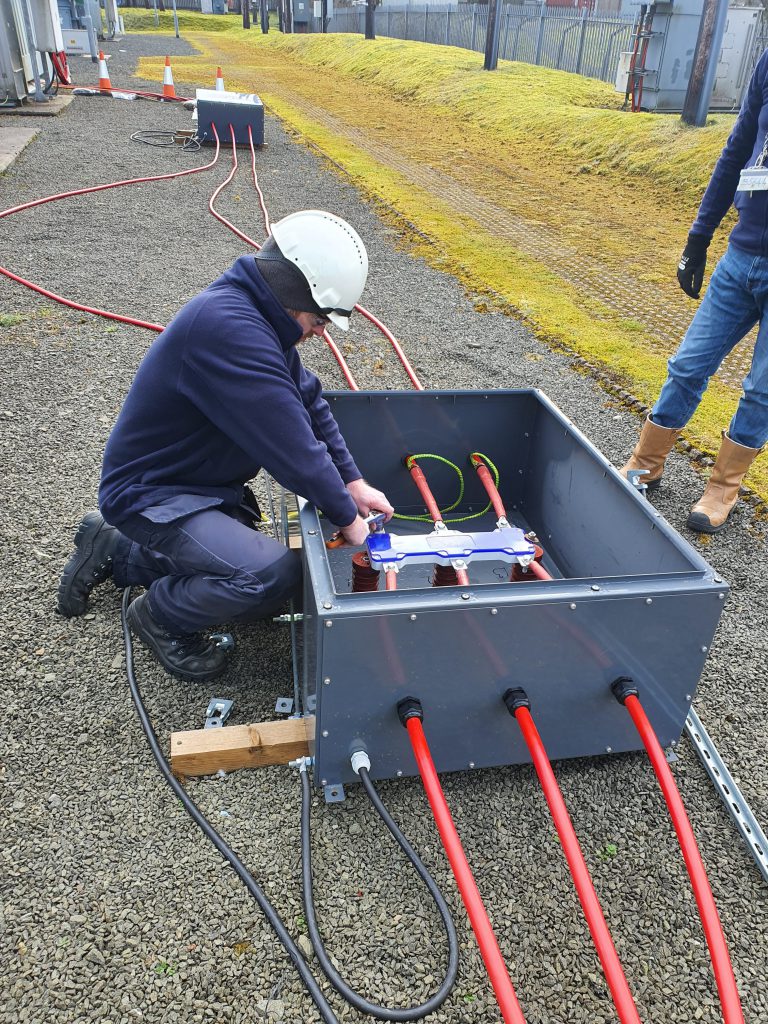 PNDC utilised a mix of assets to realise the testing environment. This included a part of the 11kV network to represent the distribution grid, load-banks for the loading of the line, the 5MVA M/G-set to impose the different power quality scenarios and to energise the network, the Triphase power amplifier to inject harmonics and finally the SCADA system for measurement and data collection for post-test analysis and comparison with the measurement of the device under test.

Soraytec tested and validated several features of its novel smart meter designed to measure directly at 11kV voltages. Some of the key features tested were waveform extraction and harmonic distortion. Other features included basic measurement features such as current, voltage, active and reactive power as well as THD Root Mean Square (RMS).

“Testing at PNDC allowed for a fast and efficient way to test and validate key features, which otherwise would require a lengthy pilot with a utility. The understanding of the technical requirements and market needs from the subject matter experts at PNDC helped Soraytec to identify key areas of improvement and to analyse the results more accurately. The overall experience and results exceeded expectations.”