The introduction of low emission vehicle technology stimulated the need for a hybrid powered bus, using both a conventional diesel powered engine and an inductively charged battery pack to power on electric drive train. As a consequence, Alexander Denis, British Aerospace, Axeon Power, SSE and the University of Strathclyde’s PNDC received grant funding to build, deploy and test the functionality of this inductively charged Hybrid Bus.

To design, build and test a prototype vehicle which could contribute to changing urban public transport in a low carbon, emissions environment.

From a PNDC perspective, the installation of the induction charging facility enabled the following activities to be performed and evaluated.

The pilot project has led to a trial being announced by Transport for London (TfL) using an upgraded extended range diesel hybrid double decker bus. This trial will be commencing in the Autumn of 2015 with Alexander Denis Enviro 400H buses operating on route 69 between Canning Town and Walthamstow bus stations. The buses will receive a charge boost as the bus stands at either end of the route. This project will contribute to the establishment of ultra-low emission zone in central London from 2020. 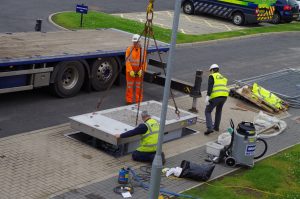 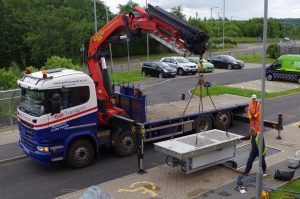 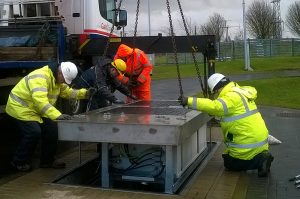 Jim Fleming, Project Manager
“Testing the hybrid bus at PNDC gave ADL confidence in the continued development of the vehicle.”